A Visit to the California Coast

The first day of our road trip was a long day on the freeway, listening to The Life of Pi on CD to keep us alert. We cut over to the coast at Grant's Pass. Shortly after arriving in California, we encountered the Redwoods. We just had to take a few minutes to walk a nature trail through an impressive grove. 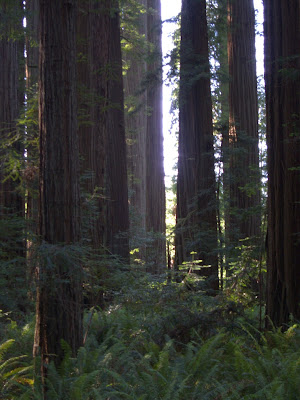 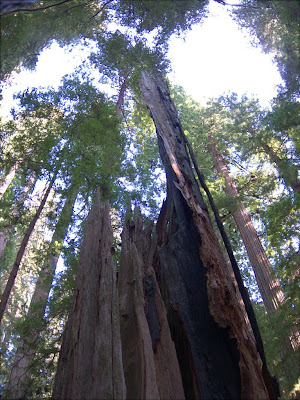 I don't think they harmed any trees making this road... 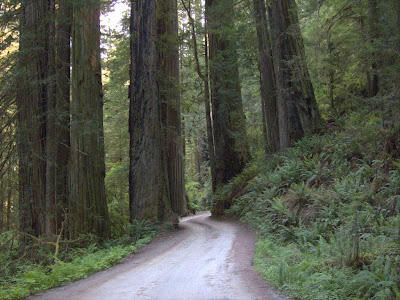 On our way to the campground, we enjoyed some beautiful color over the ocean. 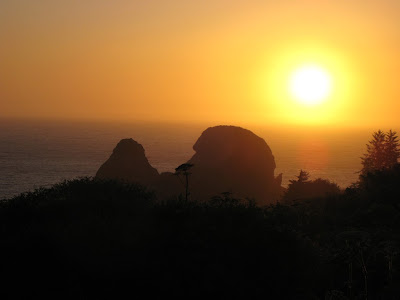 We spent our first two nights camping at Prairie Creek State Park. This is the park that contains the official tallest redwood - 379 feet. We didn't see it, but we did have a fun bike ride on small roads and trails, through the trees and along the ocean. the highlight was fern canyon. 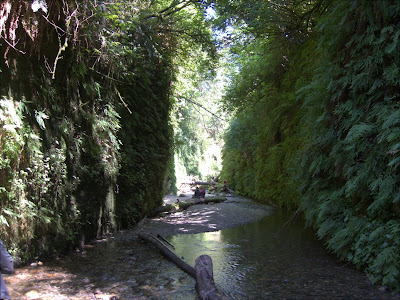 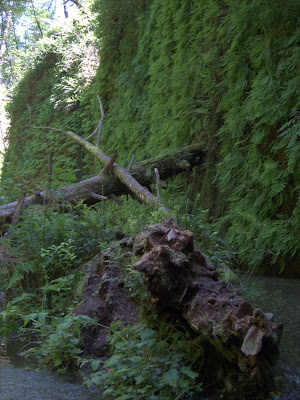 After leaving Prairie Creek campground, we stopped at Patrick's point where we hiked along the coast and looked at the tidepools. 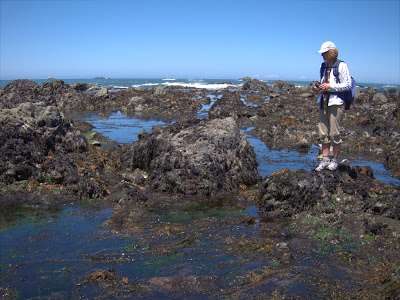 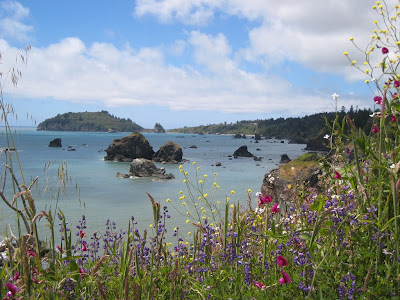 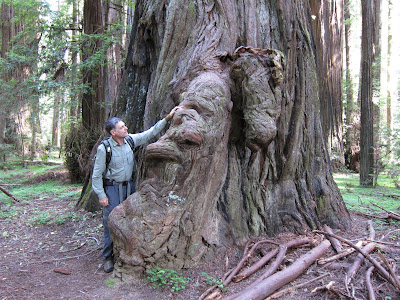 While at Humboult State Park, we took a long hike through the largest continual grove of Redwoods. Lunch was set on a large redwood over the creek. After about four hours among these huge trees, we felt very small, and our necks hurt a bit from looking up so much. 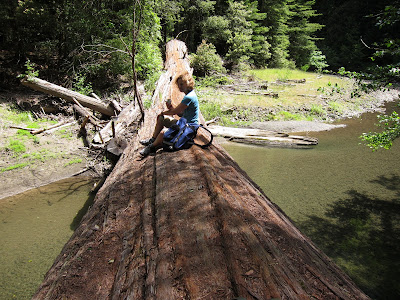 This is the coastline where Highway 1 begins. It's a slow drive, but who would want to go fast? 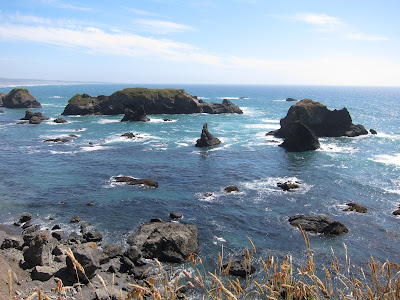 While staying at McKericher State Park, Dan went shopping for redwood for a guitar top. We learned that the most resonant guitar tops are made from redwood "sinker" wood, which comes from a log that has been salvaged from the bottom of a river or ocean. 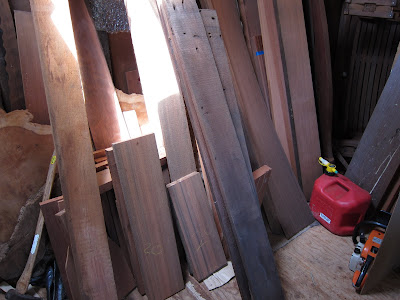 This is where we ate lunch in Mendocino. The photo is taken from the deck where we ate. Not too bad. Mendocino has one of the most spectacular settings on the coast. Nice shops, too. There was a yarn shop... 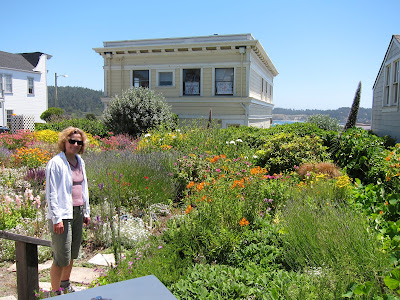 Note the sea lions on the rocks, not an uncommon sight along this stretch. 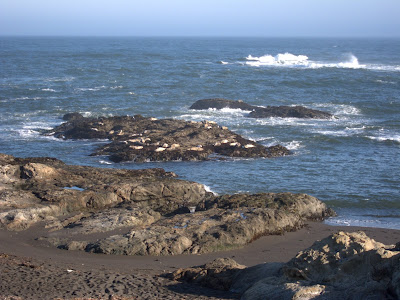 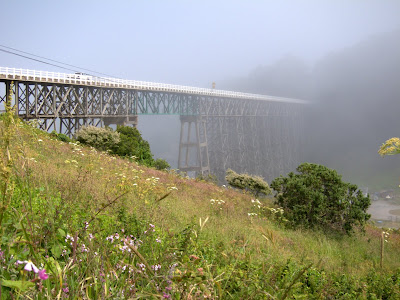 One of the crazy roads along the Sonoma coast. It doubles back on itself a couple times. 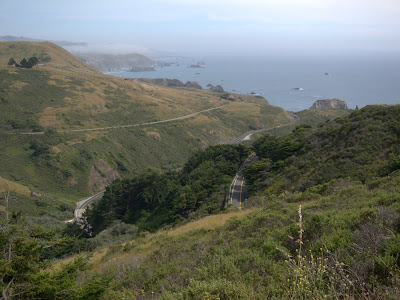 After a week on the coast, we went inland in Sonoma County. We found the wine tasting especially nice in the Russian River and Alexander Valley areas. It wasn't crowded, so we were able to ride our bikes through really beautiful countryside. I enjoyed the gardens that were often found on the grounds of the wineries. Below, we are in the cave at Bella Winery. It was really cool, literally. 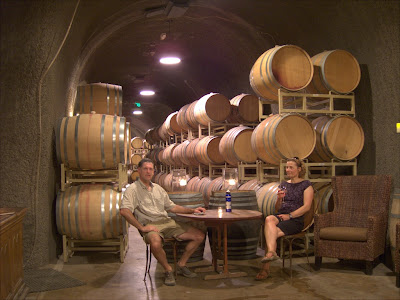 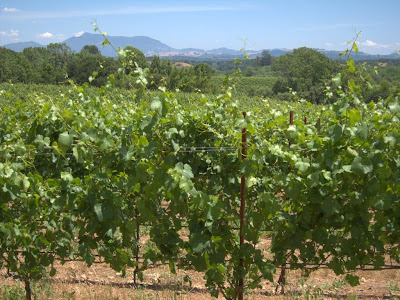 Currently we are in San Francisco, where we have taken a tour of Chinatown, eaten our way through a farmer's market, and visited Fisherman's wharf.
Posted by Dan and Joann at 9:47 PM No comments: