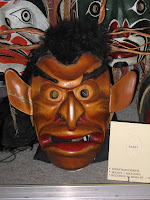 The family all got together in Vancouver in mid-February, right before Celia and Keith had a break from school. It was a fun time, except, well, the traffic at the border upset Dan a little.... 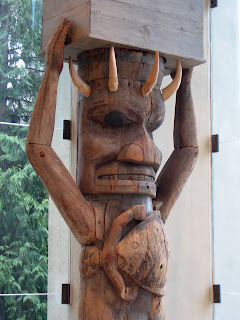 Then we had to unload a whole van load of stuff Celia and Keith wanted us to bring to them. Fortunately, Colin is very strong and made quick work of the task. 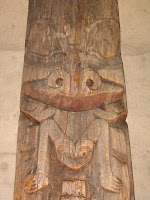 While still unloading luggage, Joann managed to set a suitcase behind a door and when it fell over it hit the door which then hit her nose. Note the swollen nose in the picture. 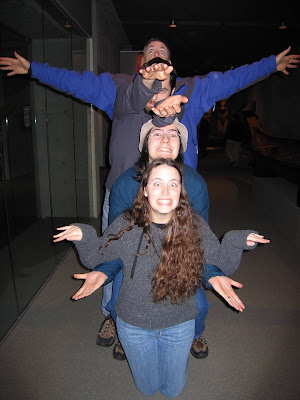 But the rest of the trip was really great. We saw some really cool totem poles at the Museum of Anthropology. 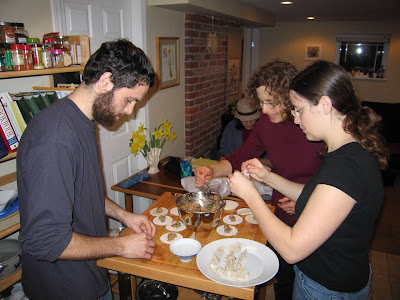 In celebration of Chinese New Year, we made dumplings ala Janelle. They were quite good. 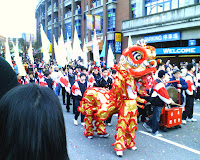 Colin, Dan and Joann went to Chinatown to view the very colorful parade. We were at the end of the parade route, and the poor person at the back end of this dragon was pretty bent out of shape. 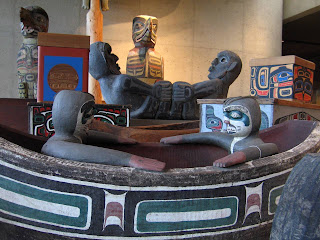 On the way up to Whistler, we had a little extra time for a cruise up the Sunshine coast. 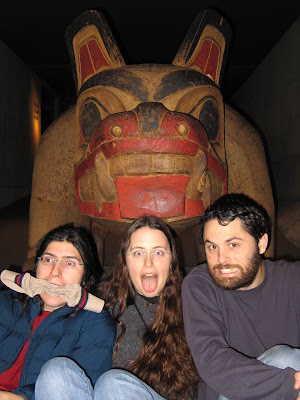 Unfortunately, Celia, Keith and Colin were chased by a huge bear when they got out of the boat to look around. It was a very frightening experience for us all. 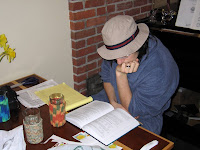 This is what Keith was doing while the rest of us were skiing. We had two lovely days of skiing, and no one took pictures except for Celia, who hasn't sent them to us yet.
Posted by Dan and Joann at 9:46 PM 1 comment: