Kauai with the fam 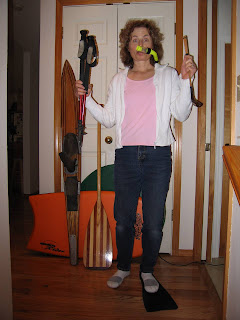 April 30: Preparing for the trip - We wanted to make sure we didn't forget anything for an action packed week.

We spent our first three days with Celia and Keith on the north side of the island. Sunset was a special time. 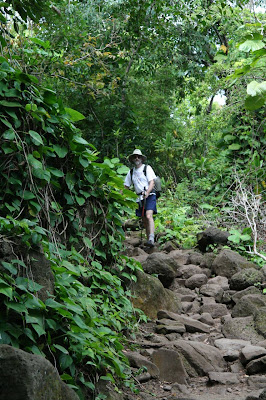 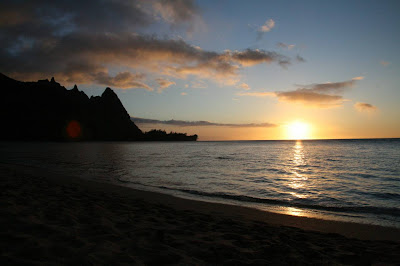 Rain is a regular occurance on the north coast. This picture was taken during an early morning rain shower. 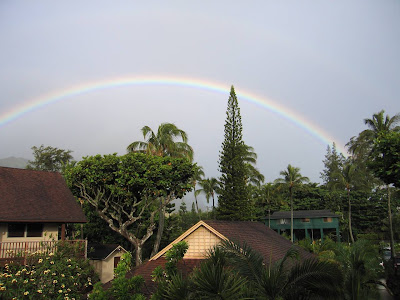 Colin joined us on Sunday and we headed to Poipu beach. He found a spot with some good waves. 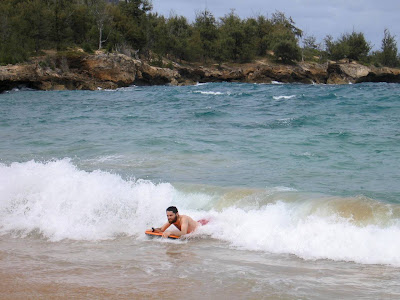 We tested our sea legs aboard a catamaran sailing up the Na Pali coastline. The first part of the trip was smooth. We went snorkeling and were able to swim with sea turtles. We also saw spinner dolphins. On the way back we hit some large swells and things were just swell for most of us. Colin, Celia and Keith sat in the front and enjoyed a constant shower of buckets of spray, while Dan sat in the back with his barf bag. He didn't have to use it, but he wasn't very happy either. 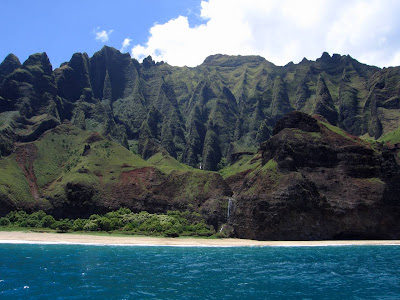 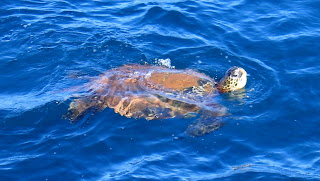 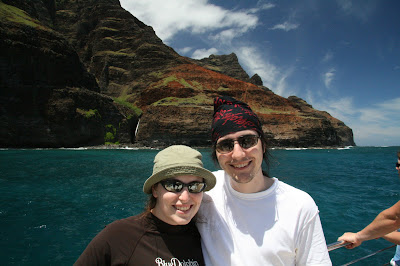 Every night at about 7 we go to the beach to watch the sunset. Then we head back to our villa where we create a delicious dinner featuring fresh fruit and vegetables and usually something from the barbecue. We've been visiting the farmers markets which occur daily in different locations around the island. 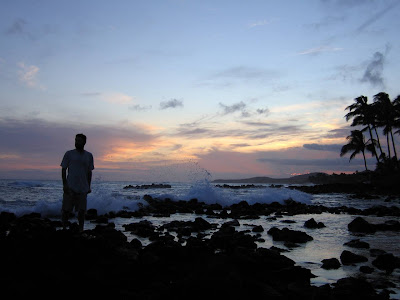